How to use teams as building blocks for company culture

The final piece of our SDN18 inspired series slaloms down the slippery slope of culture. Hold on to your helmet, as what follows is an off-piste excursion into finding the right culture fit for your organisation.

I went to Dublin, ate scrambled strategy and culture for breakfast, and broke a couple silos before bedtime. And all this happened on the first day. Upon waking up on day 2 in a foreign land and culture, I realised something. It dawned on me that like nations, most companies eat “multicultural” breakfasts. And despite how Chancellor Merkel understands the notion, multiculturalism is very much the way forward for organisations.

One of my favourite quotes is “Talk - Action = Shit.” Fortunately the organisers of this year's Service Design Conference in Dublin were thinking along the lines, as the theme of the conference was Service Design for Delivery. The theme implies that it doesn’t matter how many hours of interviews were conducted or how many post-its were harmed in co-creation workshops, companies are ultimately measured by the number of successfully launched services and products.

Culture is at the heart of that measurement, it defines how execution happens.

By now, in late 2018, we can all probably agree that strategy has been consumed by culture, and it might have eaten your latest and greatest service idea too. Empty plates all around. If that’s the case, you’re not alone. And in all likelihood you don’t need to be told that seeing an idea through, all the way execution, is a complex effort full of variables.

Yes, the support of management, access to a liberating budget and having a killer idea are all important for taking ideas forward. They are all variables. However successful execution also requires constants - the components which I believe matter more than variables. These are Teams + Tools & Processes + Leadership. The sum these three form a culture, but not necessarily the culture, as often team culture is different to that of an organisation.

What’s happening the petri dish diagrams above is not to do with the creation of a new product development or growth hacking team; what’s happening is an injection of new cultures into a company. These types of "multicultures" should be desired and fostered within companies. Teams should be exploring and therefore creating ever-changing cultures through new people, technologies and altering sociological dynamics.

Think about Millennials vs Generation Z, and how they would work together. Naturally, the chances of a culture gap forming are greater due to a generational chasm, however it certainly isn’t the only reason. Leadership styles, experiences, personalities etc. are all potential culprits for the formation of such a gap. This is why soft skills are vitally important, as they transcend differences that might exist “on paper.”

The bigger an organisation is, the wider the gap between employee and culture potentially becomes. Once an emerging chasm has been realised, consultants enter the frame, hauling with them a multidisciplinary SWAT team with its own culture and leadership.

Recreating similar types of multidisciplinary teams is no doubt difficult for some organisations, but it’s made easier by focusing on the right “fits.”

When talking about building teams we usually focus on complimentary skills, experiences and understandings. And they are very important, don’t get me wrong. However, I believe one of the most important and most understated elements is the combined personality of a team. In other words, team dynamics.

How do the various personalities work together? What are the working styles of each member? How many in the team are extroverts, how many introverts? How many are optimists and how many pessimists? What are the values and beliefs of each person? These must all be considered before building anything.

Think about a product development team made up of six middle-aged Finnish men vs a multidisciplinary team of three men and three woman, from three different nationalities. One way to compare dynamics between the two would be through personality tests such as DISC. These types of test are imperative since organisations are increasingly opting for autonomous teams, further heightening the importance of dynamics and team culture.

If you’re into team dynamics and personalities, I encourage you to check out Viking Theories, a Finnish startup Motley were privileged to work with when designing and conceiving the service.

When it comes to tools and processes, there will never be one size that fits all. It’s the responsibility of an individual team to define a way of working, whether it’s a kanban, weekly sprints etc.

In the future, it’s likely that we’ll talk about dynamic roles rather than job titles. At least I hope we will. This empowers teams themselves to decide the most appropriate methodology to be used at different stages of a project.

In the future, it’s likely that we’ll talk about dynamic roles rather than job titles. At least I hope we will. This empowers teams themselves to decide the most appropriate methodology to be used at different stages of a project.

In fact, often the decision of how to problem solve - which approach to adopt - lies with an individual. The educational background and professional expertise of that individual or decision maker play a pivotal role in determining what processes are followed and which tools applied. These types of teams become self-organising, as roles and titles matter less.

A developer could join user observation sessions together with a service designer, while a UX designer could help in planning a five year service strategy, removing the waterfallish approach that still prominently exists in the beginning of service ideation and strategy phases.

The last building block for successful execution is leadership, encompassing everything from a leader’s methods for providing direction, implementing plans and motivating people.

In his article "Leadership that Gets Results,” Daniel Goleman (2000) talks about six styles of leadership, which seems an appropriate amount. Whether a leader is assigned to an existing team, or is tasked with building one from scratch, he/she has to find the right fits for the desired team dynamics.

Apart from a leader’s “internal responsibility” to his/her team, they have the responsibility of making sure that the team’s ideas get buy-in within an organisation. This is where the fun starts, as individuals begin navigating the uncompromising silos of an organisation, using phone calls, meetings and emails as their weapons of voice.

AT SDN18, Jaclyn Ap gave a great talk entitled “7 Steps to earn the right to design and deliver,” where she explains her journey working for a public service. Ap, a Customer Experience Specialist for the Sydney Metro, boiled her learnings down to the following:

If the Team + Tools & Processes + Leadership formula is adhered to, realised and mixed with a little luck and support from management, I believe the probability of successful execution increases. And as a result, as does the acceleration of ideas and if necessary, their subsequent pivoting.

If everything goes to plan, the next challenge is replicating everything that had just been done. Doing it again and again. And again, because until we are technologically advanced enough to accurately clone people, there will never be a one-to-one match between the members of one team and those of another. And maybe that's a good thing.

So let’s accept the facts and build cultures accordingly. There is no ideal case, such as a company with one single culture. That we need to accept. Culture is what successful execution of services hinges on. And it starts with individual teams. The proposition of a multicultural organisation is about infusing and blending cultures until finding the right balance. And the more autonomous teams become, the more culturally rich our organisations will be. 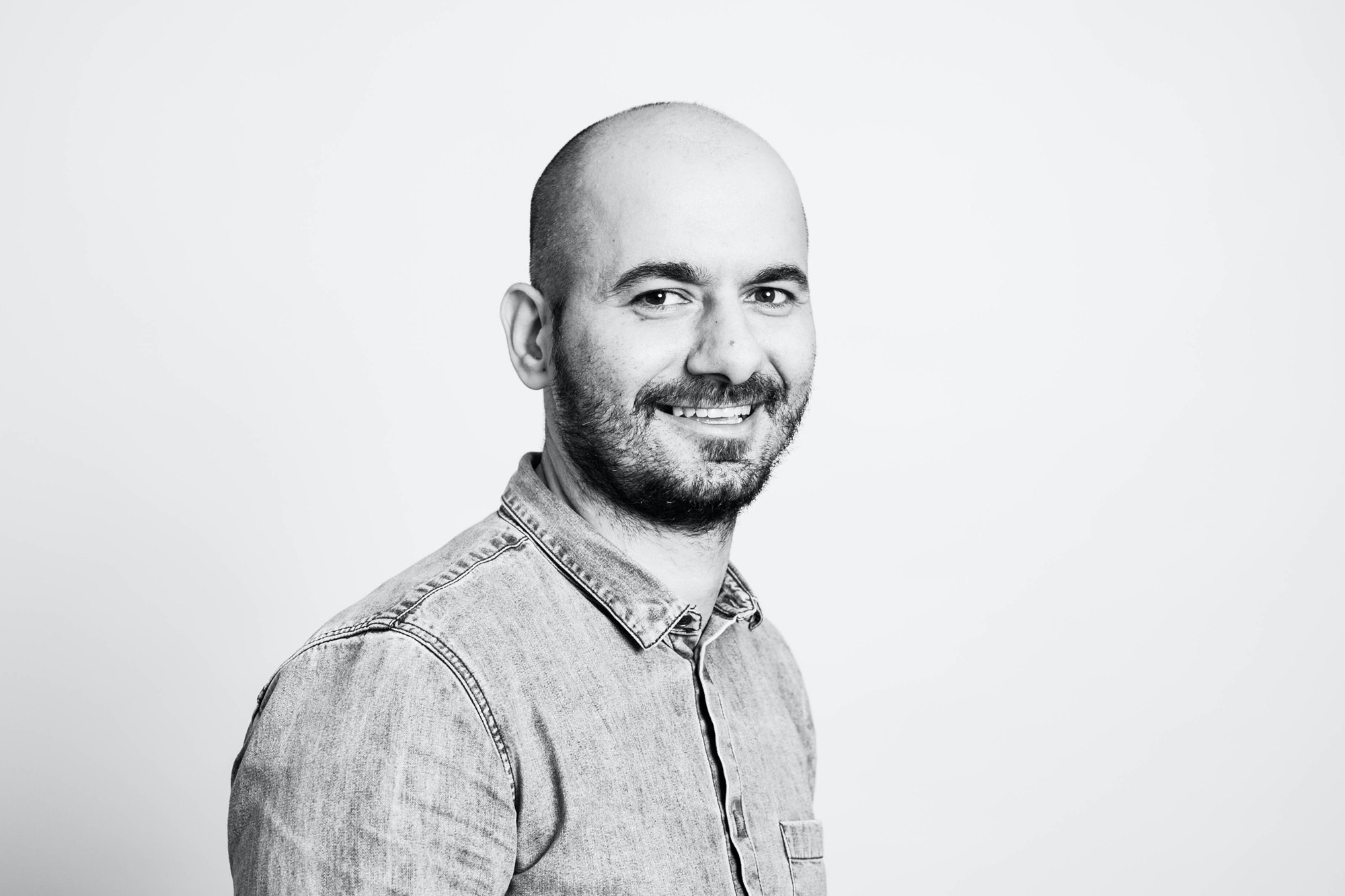 Korhan is a Service Design Lead at Motley 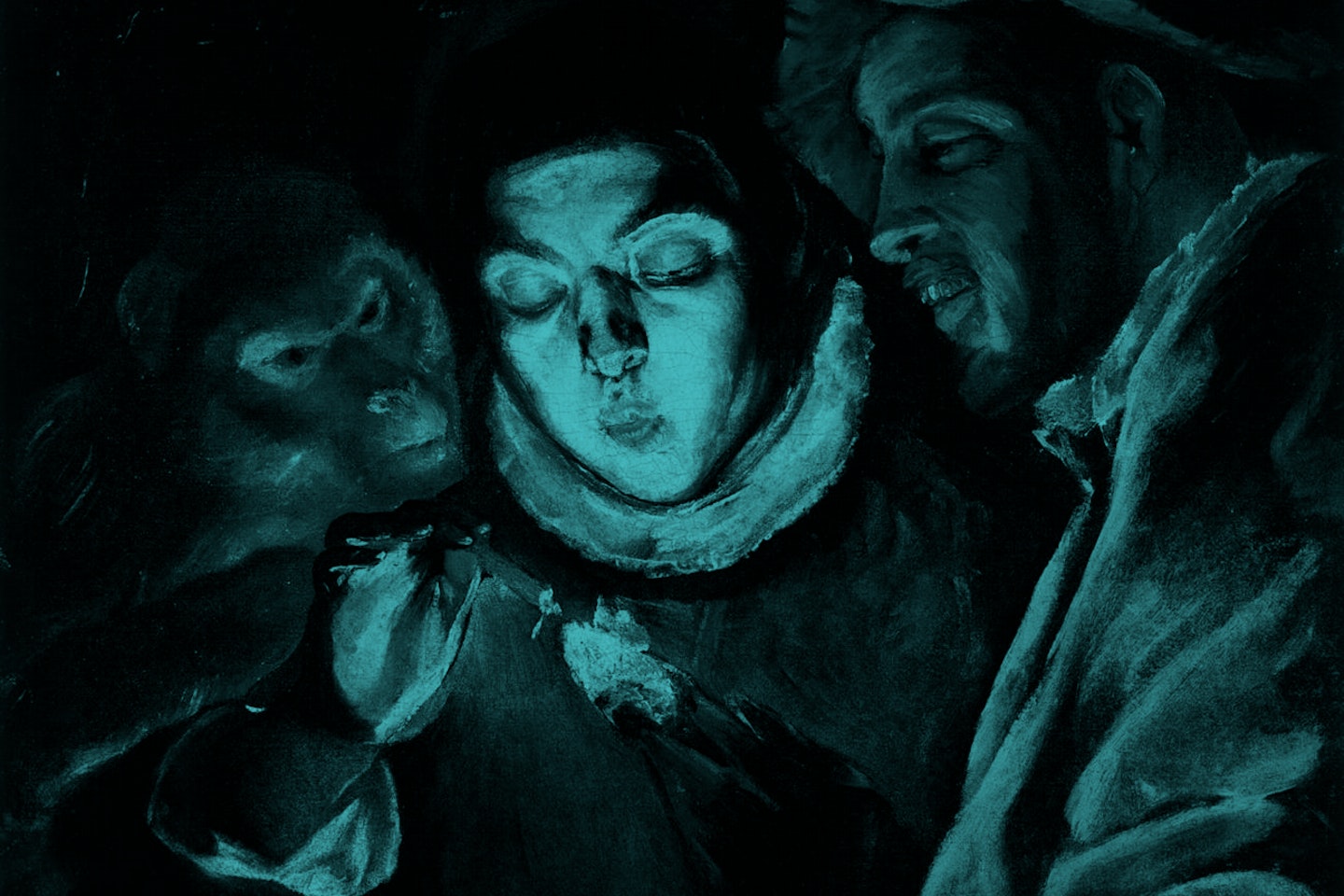 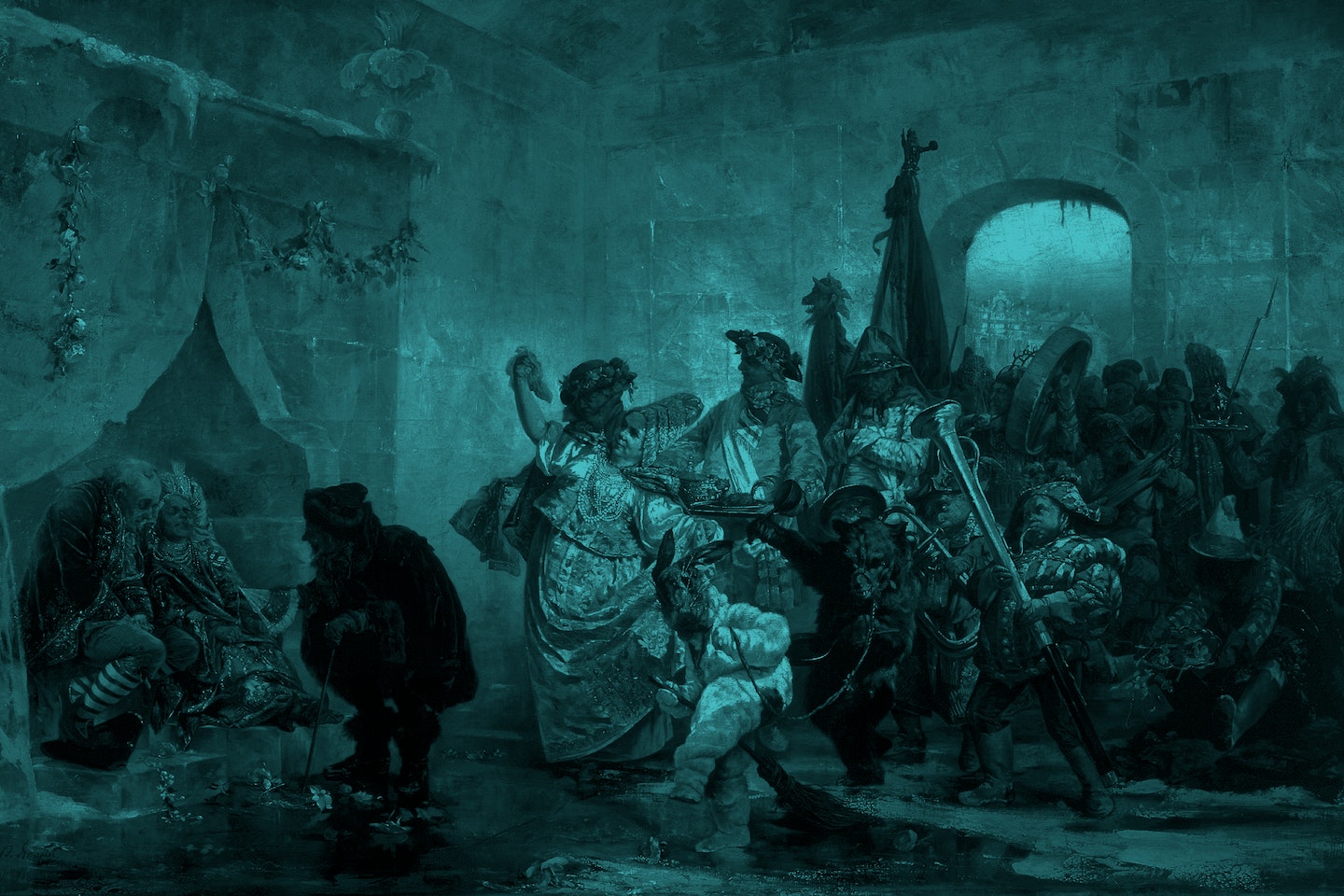 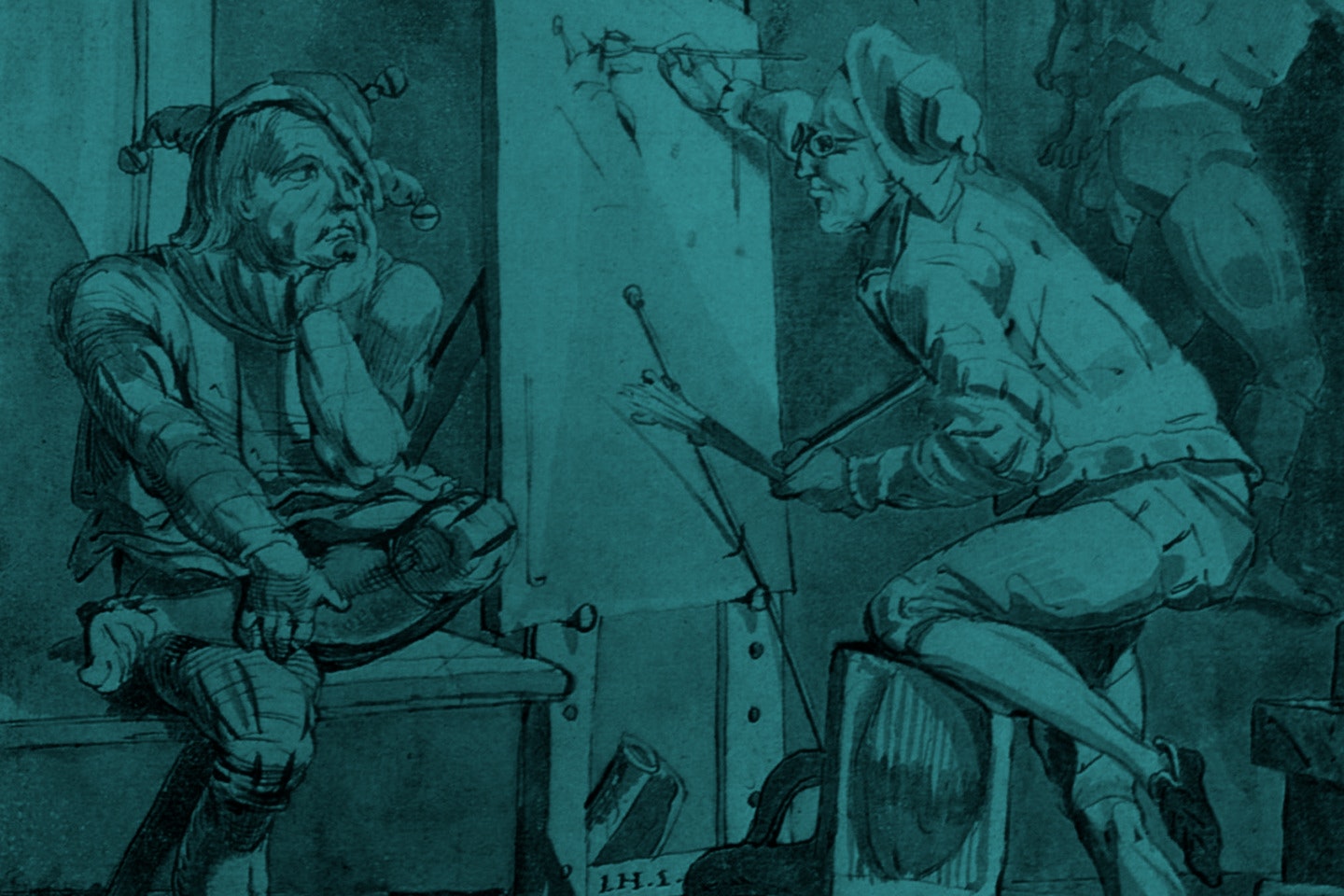